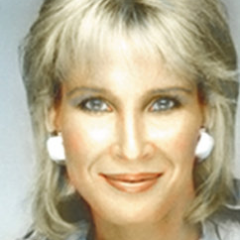 Remembering Marti Sharron
By Jason A. Michael
(author of Strength of a Woman: The Phyllis Hyman Story)

Phyllis traveled to Los Angeles on Tuesday, January 19, 1988. She took with her Leo Lord, who was filling in for then valet and personal assistant Carlos Suarez, and her new friend Martha David. Phyllis had met Martha only weeks before and the two quickly hit it off. Phyllis had initially invited Martha to join her for her shows January 16th and 17th at the Superstar Theatre, Resorts Hotel and Casino in Atlantic City where she played with the O’Jays.

“I went down and spent the night at her apartment in Philly and then we drove to Atlantic City,” remembered Martha. “Afterward, we drove back to Philly and the next day she was going to LA.” Martha was surprised when Phyllis asked her to fly with her to LA and hang out with her for the week. “I said, ‘I don’t have any clothes. I only packed for two days.’ And Phyllis said, ‘Oh, I’ll buy you clothes to wear in LA’ and we were all set.”

In LA, Phyllis stayed at Le Parc hotel in West Hollywood, her favorite place to stay while in town. On Thursday, January 21, Phyllis came straight from taking Martha shopping on Melrose Avenue to the Music Grinder Studio to meet producer Marti Sharron with Leo and a few LA friends in tow. Marti, hot recently for her work with Natalie Cole, Jermaine Jackson and Kashif, was a little miffed when Phyllis arrived.

“She comes in with this whole entourage from shopping on Melrose Avenue and I said, ‘You’re late,’” said Marti. “And she goes, ‘No, I’m not, No, I’m not.’ And I show her the schedule and I go, ‘You’re a day late’ and she started laughing. We became good friends after that. She was on time but a day late.”

Once settled in, Phyllis, who was a little on edge, dove into the recording of the Marti-penned song “Walk Away.” “She really didn’t want to record and when she started singing ‘Walk Away’ she couldn’t get through the track,” Marti recalled. “She kept crying. She met my husband, at the time, and she said to me, ‘If you two break up there will be no hope for all the lovers in the world.’ And, subsequently, we broke up and it was so devastating for Phyllis. I couldn’t believe how she was so devastated by that. She kind of made it her own life.”

But back to “Walk Away.” “We had to keep stopping,” said Marti. “She was such a great singer, man. Other than her crying, it took about three takes.”

Her first time watching Phyllis in the recording studio, Martha was fascinated. “Marti said she liked the way Phyllis’s voice sounded when she was pushed just a little bit higher than usual,” Martha said. “There was a certain quality to her voice that she loved so she put in that key for a reason, to push it a little higher.”

Phyllis so enjoyed working with Marti than when she returned to LA later in the year to work with producer Nick Martinelli, she hooked up with Marti again. This time, on June 21st, they recorded Marti’s song “I’ll Never Do You Wrong.” When Phyllis returned to Marti’s for the second time, she was a little irritable but still fun.

“She was a little more bitchy,” Marti said. “I asked her to come over to my house and I had a swimming pool and my neighbors were above us and she just took off her top in front of the neighbors. She didn’t care. Nobody would ever say anything to Phyllis.”

Delays would keep the album Phyllis was working on, Prime of My Life, from coming out until 1991. A year earlier, in 1990, Dionne Warwick featured the song on a greatest hits collection from Arista. But Marti confirmed that she recorded “Walk Away” on Phyllis first when we spoke.

“I think Clive [Davis] had played it for Dionne and she wanted to record it,” Sharron told me. “So, I recorded it then on Dionne. But it didn’t do so well on Dionne.”

Marti Sharron died March 15, 2017, but not before leaving us with a treasure trove of great music. She won a Grammy for writing the Pointer Sisters hit “Jump for My Love” in 1983. She also wrote such hits as Anita Baker’s “No One in the Word” and Barbra Streisand’s “Higher Ground.”