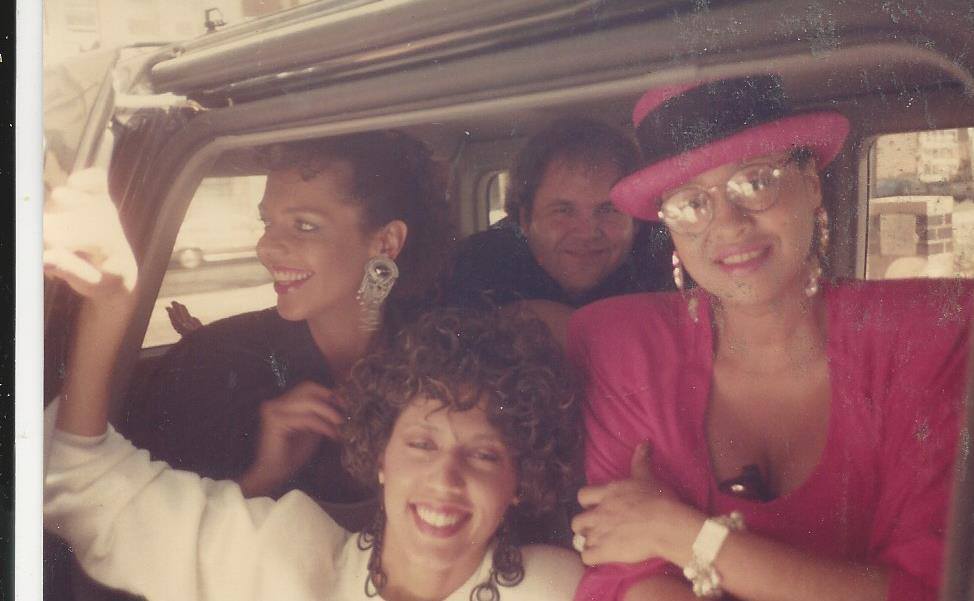 Remembering Bill “Mr. Bill” Schultz
By Jason A. Michael
(author of Strength of a Woman: The Phyllis Hyman Story)

William J. Schultz was an only child raised by older parents in the Grosse Pointe suburb of Detroit. From an early age, Bill showed a great love for music and theater. Bill’s mother would often escort him to concerts and plays before he was old enough to go alone, taking him to see such acts as Petula Clark, Dusty Springfield and Diana Ross.

After finishing high school, Bill was unsure of his next move. He had thoughts of becoming a radio deejay. He became a travel agent instead, a trade that, little did he know, would help him see many dreams come true in just a short time. Bill befriended a woman named Marnie O’Neal at the agency he worked for. The two were soon close friends and now it was Marnie who would go with Bill to the theatres and concert halls across the metropolitan Detroit area.

Both Bill and Marnie had eclectic taste in music, ranging from country to pop to rhythm and blues, jazz and soul. One vocalist they both enjoyed was Phyllis Hyman, an up-and-coming artist out of New York. Starting in 1980, Bill and Marnie saw her every time she came to town. Soon enough, Phyllis began to recognize the pair – the white couple always sitting in the front row – and sent word for them to join her backstage.

A friendship between Bill, Marnie and Phyllis quickly ensued. Phyllis would contact Bill and Marnie whenever she came to Detroit and rely on them to guide her around the city and take her where she wanted to go. Phyllis was so impressed with Bill that when she found he was a travel agent, she asked him to take over all her travel arrangements and he officially became Phyllis’s travel manager.

Before long, Bill, or Mr. Bill as Phyllis called him, was flying across the country to catch Phyllis in concert wherever he could. He began helping out backstage, in whatever capacity he was needed, and before he knew it, Phyllis put him on the payroll as a personal assistant. Bill would travel with the group and with Phyllis as his number one client, he could still keep the travel agency happy.

Throughout the decade or so that Bill worked for Phyllis, he saw all of her many facets and came to know her well. He learned to tell when she was craving company and assistance, and when it was best to keep his distance and leave her alone. He saw the generous side, the hilarious side and the fun and playfulness she could imbue. He also saw the dark side, the pain she tried in vain to hide, the ravages of addiction and excess as well as her loneliness and fear.

For her part, Phyllis came to admire Bill’s faithfulness. She began calling him her brother, which resulted in more than a few side-eye glances when she sang Happy Birthday to him at her shows every year on June 28th.

“He was such a giving and selfless person and was so even that she knew she could really rely on him,” said Martha David, Hyman’s companion and another of her assistants. “He could put aside his own needs and really help her and take care of her and she knew that. He helped her as an assistant, but he also helped her as friend. She could call him up and he would be there in person or on the phone for her to talk to. He was caring, sympathetic and supportive but he wasn’t afraid to offer his opinion either.”

Phyllis played her last dates June 16-18, 1995, at the Hotel Washington in DC. Though there were highlights to the engagement – such as a visit with her idol Nancy Wilson – Bill was very concerned with the condition he found Phyllis in. Leo Lord, Phyllis’ right-hand man, confided in him that Phyllis had mentioned a plan to take her own life after the opening night show. Her whole entourage rallied and filled her hotel room that night. They put Jenny Jones on the TV and stayed with Phyllis until she assured them that she was fine.

The next night on stage, Phyllis got snippy when a fan called out to ask when her “new” album was coming out. Four years after her last release, Phyllis was furious at the endless delays. She’d been singing material from the album for a few years now. The material would no longer be new to her real fans. Frustrated, she gave out Kenny Gamble’s phone number – from the stage – to the fan who’d asked the question. “I have no idea,” she said. “Call him.”

Bill helped Phyllis down from her room at the hotel to the van waiting outside on the morning after her engagement ended. She was unsteady on her feet. Cleary intoxicated despite the early hour. He secured her in the van and started to walk away. “Mr. Bill,” Phyllis said, calling him back. “Aren’t you going to kiss me goodbye?” Bill, of course, did. Then, after the van left, Bill went to a payphone and called Glenda Gracia, Phyllis’s manager, in Philadelphia. He told her of Phyllis’s condition and the fact that he was very worried about her.

On June 30, 1995, Bill flew into LaGuardia in New York and took a cab to Phyllis’s Manhattan apartment. In the lobby of the Carnegie Mews, Bill ran into Leo. As Leo rushed Bill upstairs, he informed the newcomer that they had “a situation” to deal with. Phyllis was locked in her bedroom and was not answering the door despite Leo’s pounding.

Bill and Leo managed to unhinge the door and it was then that they saw her, propped up in bed against some pillows. Her eyes were closed, her sleeping mask askew on her forehead, she lie still on the bed. Bill frantically searched for a pulse while Leo called for help. When the paramedics arrived, they detected a weak pulse. Bill rode with Phyllis in the back of the ambulance on the way to Roosevelt Hospital.

He waited an agonizing 90 minutes in the lobby while hospital staff frantically worked on Phyllis. But it was no use in the end. This time, Phyllis had successfully ended her life. A police officer drove Bill back to Phyllis’s apartment. Inside the squad car, the officer turned on the radio. It was of little comfort to Bill to hear Phyllis come through the car’s speakers singing “Living All Alone.”

In the days that followed, Bill stayed in New York and helped plan Phyllis’s memorial service. He was actually chosen to emcee the service at St. Peter’s Lutheran Church. It took place on July 6, what would have been Phyllis’s 46th birthday. Despite the circumstances, Bill came through for Phyllis, much as always had.

Shortly after Phyllis transitioned, the idea came to me to write her biography. I was living in Miami and through my boss Betty Wright I had met Nick Martinelli, Phyllis’s frequent producer and friend, and he encouraged me to write a screenplay. I did some initial research, but I did not get far.

In 1997, I moved back home to Detroit. It was the era of AOL, and through that service I met Bill. Through his profile, I saw that we had a lot in common, such as a love for music, the Golden Girls and Marianne Williamson. But Bill brushed me off. The pain of his loss was still too great and too recent, and I was a stranger. He didn’t trust me initially. He had no reason to.

Bill, like many of those closest to Phyllis, struggled to deal with her death. He was wounded and the wound ran deep. He worked for a time assisting singer Jane Olivor. When Ebay came along, Bill found a new purpose and he made a small fortune selling music on the site.

I did not give up on Bill. It took some time but eventually he came to trust me. And once he did, he opened up doors to me that I could have never walked through without him. He shared his vast knowledge and many recollections with me. He pointed me to others I should talk to. He was a sounding board and he either corroborated my theories or told me I was barking up the wrong tree.

Bill helped me to know Phyllis and to see her through his eyes. All he wanted was accuracy and he was happy with what I delivered. He helped sell many copies of the book, and when I flew to Philadelphia where I was doing promotional events at the Philadelphia International Records store and a show at Warmdaddy’s, Bill came along.

Meanwhile, by this time, Bill and I had become good friends and concert buddies. Over the past 15 years we must have seen 100 shows together. If Bill loved an artist, he loved that artist deeply and did not mind seeing them over and over again. Bill also had a knack for finding the best seats. We were front row for everyone from Diana Ross to Dolly Parton.

With no concerts to go to, I had not seen Bill since the start of the pandemic. We talked sporadically online and checked in on each other. Bill, who was a regular at the gym, bought himself an elliptical machine so he could work out at home. And besides trips to the grocery store and the post office to ship packages to Ebay customers, he primarily stayed in.

When I heard that Bill had had a stroke, multiple strokes in fact, I was heartbroken. The prognosis did not look good and all I could do way pray. Bill was only 58. He had so much life left in him, so much traveling to do and so many concerts still left to see. Unfortunately, Bill did not make it.

I am very grateful to Bill for his friendship and for his assistance in helping me realize my dream to write and publish Strength of a Woman: The Phyllis Hyman Story. I considered my friendship with Bill to be a gift from Phyllis, a beautiful blessing she sent me along way as I endeavored to share her story with the world. Thank you, Phyllis. And thank you, Bill. You will be missed greatly, and I’ll never attend another concert without taking you with me in spirit. It will be difficult to see our favorite acts without you. But time and music are healers. I look to them for comfort now.